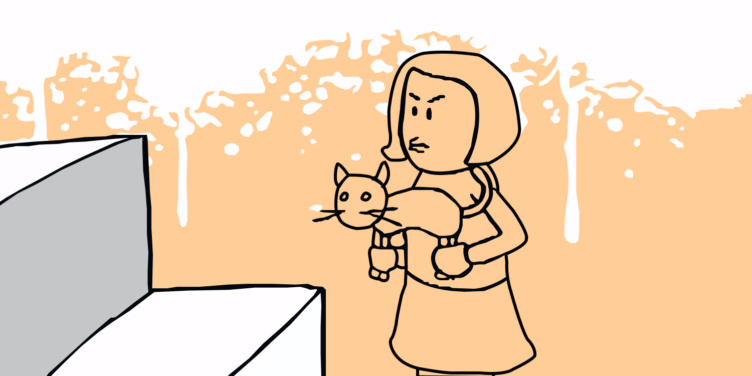 Hello! I’m Alistair, and I like to think of myself as a guy who writes things sometimes, like this sentence, or this piece in general. In my inaugural piece on this blog, I’m going to take you on a whirlwind tour of the fall of Flash animation, the unstoppable rise of monetisation that came with YouTube, and the wonders of the world in which we reside. It should be a rollicking good time.

Note: in venturing into my memories, I’m browsing an old album of weird photos taken by an impressionist camera; the colours are either faded or surreally bold, the details are hazy, I’m not sure where shots were taken, and all the dull snaps were binned years ago.

The internet wasn’t yet big or powerful enough to handle conventional video when I was a lad, so the online moving-picture roost was ruled with an iron grip by Flash animation. You could argue that it was the defining format of a generation— I’m damn sure that anyone of my era who grew up with a computer of some sort will share a host of my touchstones, such as:

They loaded quickly, had silly interactive elements, and featured heavily on school computers when security was lax and pupils were motivated by the rebellious spirit of youth.

It never really seemed like any of the Flash animators was in it for the money. There was no Patreon back then. You’d see donate buttons, but the payment options were limited by the available technology integrations. In hindsight, it’s all a little puzzling. Were they getting paid by the animation websites like Newgrounds or Albinoblacksheep?

It always just felt like people were creating just to create. For the fun, and the satisfaction, and the accomplishment. Ads were all over the place, but not on animations. I don’t think anyone really valued them at the time. This was largely after the dot-com bubble had burst, after all, and no one was all that eager to view the internet as the next big thing for enterprise.

Hark! What video sharing platform over yonder horizon looms? It’s YouTube, and it’s here with the founder’s nice trip to the zoo and glorious low-low-low-definition quality. Suddenly everyone can be a viral video sensation without a TV deal, and the dollar signs start descending from the heavens to settle in the hungry eyes of suggestible teens.

Skip forward a while and homemade animation (no longer Flash-based, thankfully) goes back to a modest niche that largely finds an audience through platforms such as YouTube, while YouTube gobbles up the entire mainstream video market with its ad-based monetisation model. Now people become YouTube ‘sensations’ though poorly-filmed and scarcely-edited ‘vlogs’ filled with hysteria and nonsense and probably whatever was inside the Ark of the Covenant.

Peering Under the Rose-Tinted Glasses

So do I think YouTube is this terrible wasteland? Would I take us all back to the days of starving creatives slaving away in the dark? Well, no! I’m cantankerous, and I don’t get the appeal of a lot of those channels, but I think it’s absolutely a good thing that people can so easily monetise their work now. As a kid, I might have thought that monetisation is greedy, but now I know better (very slightly, at least).

If you produce content that people enjoy, then you should get paid for it. That’s why I love Twitch so much, and the Twitch subscription model. Like someone’s content? Watch it for free if you like, with nothing more than the occasional ad. Want to support them? Sure, no problem, easy to do, just click this button and we’ll get it done.

From a creative or an entrepreneurial standpoint, while I won’t say the internet has unlimited opportunities (I’m a mathematical pragmatist), I will say that the possibilities, while realistically finite, are astoundingly rife. Your basic chance of success in any given venture might not be any higher, but you have a shot!

You can come rocketing out of nowhere at all with a dream and a creative product of some sort and work your way up to full grassroots funding within a year. That would have sounded ridiculous just a few years ago, but now it’s genuinely viable. If you’re good enough to rise above the noise, the success is all there to be taken.

What a time it is to be alive. We have a vast virtual world, Moon Pies, artificial cheese, Lucozade Zero, and the raw processing horsepower to make Andy Serkis do basically anything we set our minds to. I like to dip my toe in nostalgia, but taking a swim? No thanks. I’ll take more of the future, please.

Have you really done @brightonSEO if you haven't s