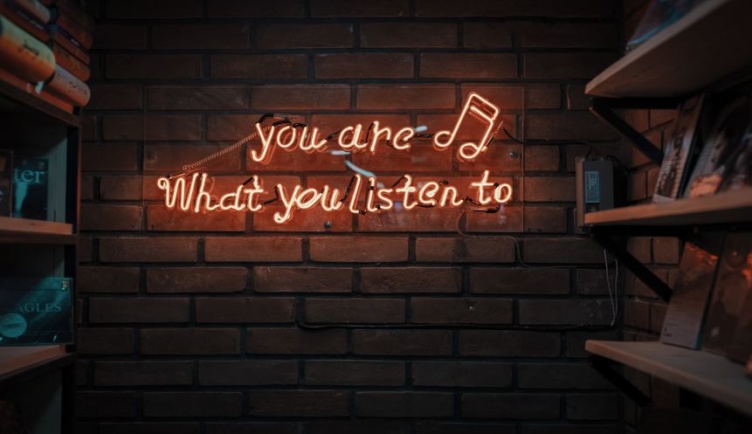 Bristol is one of the UK’s largest and oldest cities. It’s home to nearly 500,000 people, boasts some incredible venues, and is home to some cool companies too…

We’re proud to call Bristol our home, and I’m delighted to trace my roots back to the city where I cut my writing teeth as a music journalist.

But Bristol’s not all about great outreach brands and multi-coloured houses. It has a rich musical and artistic heritage, with some of the world’s finest musicians owing their success to the city.

You may already know that Massive Attack are from Bristol, but did you know that punk darlings IDLES are from Brizzle too? Here are some other musical gems from our fair city.

Starting a global genre in the 1980s: Giving birth to trip hop

In the early 1980s a group of musicians, DJs, and artists from St Paul’s, Montpelier and Bishopston started a sound system. This collective called themselves the Wild Bunch and their influence spread far beyond Bristol.

By 1987 The Wild Bunch had played St Pauls Carnival, released a single, and toured Japan. Two years later they were gone, but their legacy was secure – from the ashes of The Wild Bunch came trip hop, the sound synonymous with Bristol and a genre brimming with great artists that originate from the city.

The quintessential trip hop band, Massive Attack have a fair shot at being Bristol’s most brilliant creatives. Since forming in 1988 they’ve become a genre-busting, global phenomenon. Few critics worth their salt have heard less than every song they’ve released, while their live shows are bettered by few acts – period.

If that’s not enough, band member 3D (Robert Del Naja) is rumoured to be the world’s most famous anonymous graffiti artist, Banksy.

Knowle West’s Adrian Nicholas Matthews Thaws, aka Tricky, began his musical career by collaborating with Massive Attack. But it was only after Tricky started to release solo material that he became one of the most celebrated songwriters of his era.

Tricky’s debut album, Maxinquaye, frequently takes the top spot in not only the best ever trip hop albums, but also the finest LPs of the 90s. It’s a brave reviewer who overlooks any part of his canon.

Portishead – moody sound made them legends

A band so ingrained in Bristol that its name comes from one of the nearby towns – OK, Portishead isn’t technically in Bristol, but we’re claiming the group as one of our own. Why? Because they formed in the city in 1991.

Coming together in the year Nirvana’s Nevermind painted the airwaves punk, the trio’s moody style is one of Bristol’s most beautiful sounds. Dummy propelled them into the spotlight in 1994, with Portishead (1997) and Third (2008) cementing their status as trip hop legends.

Leading the way in the 1990s: Helping create drum and bass

From its early beginnings as an offshoot of jungle, drum and bass has grown to become a global success story. Alongside London, Bristol is the place where drum and bass began and the city has spawned some of the genre’s best artists.

Kosheen formed as the 90s creaked to a close. The group are known for their ambient sound and scored two UK Top 10 albums at the start of the 00s.

This duo began with the approval of the god of DnB, Andy C. The RAM Records founder signed Loadstar to his label after he was sent their tracks via instant message.

What’s left to say about the St. Andrew’s born producer? He’s released eight outstanding albums, including the Mercury Prize-winning New Forms, and created one of DnB’s most recognisable anthems in Brown Paper Bag. Neither Bristol nor drum and bass would be the same without Roni Size.

Getting strum out in the 00s: Becoming a hub of great indie

Bristol’s not as famed for its guitar music as its electronic history. But don’t be fooled. In recent years it’s been a hub of great indie music, with singer-songwriters and bands excelling in the city.

This furious punk crew has supported the Foo Fighters and taken starring roles at some of the world’s biggest festivals. But, more importantly, are they any good? The critics answered an overwhelming yes when they released their second album, Joy As An Act Of Resistance, in 2018.

Mr Ezra isn’t officially Bristol born and bred, with his deep tones coming from Hertford. But George only made his name after moving to the city in 2011.

Three years later he released his debut album Wanted On Voyage, a record that made it to number one in the UK’s Official Album Chart. He followed that with another UK number one in 2018 – Staying At Tamara’s – and is now one of the most successful songwriters in the UK.

Stevie Parker – Acclaimed by The Guardian

Like George Ezra, Stevie Parker isn’t originally from Bristol. But she is from the wonderful and nearby Frome – plus she relocated to the area and now calls the city her home. Stevie released her debut album, The Cure, in 2017. It’s ambient pop saw Stevie gain widespread acclaim, earning Kitty Empire’s (of The Guardian) album of the week.

In Bristol, there’s just one question you need to ask to test the quality of a gig – is Big Jeff (real name Jeffrey Johns) there? He attends up to ten gigs every week, features in graffiti across Bristol, is the subject of a song, and has his own documentary – he’s the icon of Bristol’s live music scene.

Big Jeff’s six foot four frame, mountain of hair, and windmill arms would be enough to earn him his moniker on their own, but it’s his smile that cements it. As someone who’s rubbed shoulders with Bristol’s BFG at countless gigs, I’ve seen first-hand that his joy is infectious, passing from him to the crowd and uniting people behind their love of music.

Like all cities, towns, and villages across the UK, Bristol’s live music scene is losing venues by the week. If Bristol’s venues were reduced to ash there’s one thing you can guarantee – Big Jeff would be dancing on the dust, keeping the spirit of Bristol’s music scene burning.

The Jeffrey Johns Story from Adam Lyduch Films on Vimeo.

I could talk all day about Bristol’s rich musical heritage – there are so many MCs, DJs, bands, and songwriters I’ve not mentioned who deserve attention – but we don’t have all day. Make these great musicians the start of your appreciation for Bristol music, then make a trip to one of the incredible venues to see what the city we call home has to offer in the flesh!