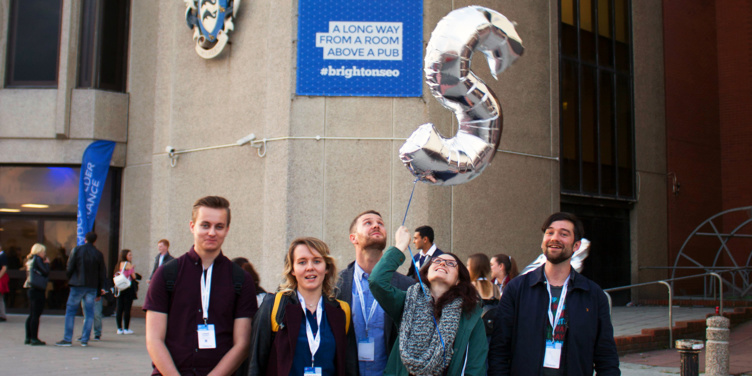 Brighton is kind of a big deal in the world of SEO.

Twice a year the UK’s hippest city plays host to more than 3,500 copywriters, PR professionals, journalists, and digital marketers, all of whom have come to attend Europe’s largest SEO conference: BrightonSEO.

Tickets are highly prized – allocation for the April 2017 event ran out in 13 minutes. But despite the conference’s ever-increasing popularity, there will always be first-time attendees, and this September’s edition was no exception – this writer included.

While attending such an important event may seem a daunting prospect for those of us at the start of our careers in SEO, it is a hugely rewarding experience. These were the observations and favourite things of an SEO beginner learning the language at BrightonSEO.

Let’s be clear here: if the sheer size of BrightonSEO hasn’t already leapt off the page and given you a bear hug, then it certainly will once you see it in the flesh.

It’s like a mini SEO festival: there are stalls everywhere, each filled with bright faces ready to pass on information about the latest software, or any variety of products and tools to serve your SEO needs.

If that wasn’t enough, in every corner you’ll find a talk from one of the stars of the SEO and digital marketing world, along with an army of eager ears raring to take in every piece of information.

My advice: Don’t be taken aback. Jump in and gobble up as much of the conference as possible. However…

Don’t try and take everything in

I hear you: I told you to feast on the conference and now I’m telling you not to fill your boots, but hear me out.

The speakers you see will give you the chance to revisit their talks, with slides and videos being made available afterwards for you to absorb at your leisure.

My advice: Take notes on the ideas that you have while the speaker is running through their talk. These will not be available afterwards and if you try to note down everything that is being said, you may lose a valuable idea or insight forever.

BrightonSEO is kind of a big deal and each speaker will be a big deal in their own unique way. It makes sense then to both pass on the knowledge of these SEO heavyweights to your social media followers, and to let the speaker know that you have done so.

However, while it will be tempting to get in touch with your socials straight away, doing so may mean that you miss a vital part of the talk.

My advice: Note down what you want to say on your various social media outlets and then post your insights once the talk has finished.

Your followers will still be getting up-to-date access to your comments, and you won’t have missed a chance for the speaker to share/comment on your post – they won’t exactly be checking while they’re speaking.

With there being so many clued-up people in attendance, this is a golden chance to make some friends, ask some questions and put your networking skills into overdrive.

My advice: Allocate a portion of your time at the conference to being sociable, because it could help you strike up a connection that takes your SEO career to the next level.

I said the conference is like a mini-festival and I wasn’t lying; every festival has its headline act. The keynote speaker is BrightonSEO’s Radiohead at the Pyramid stage.

My advice: Don’t miss it.

There’s a reason that the keynote speaker takes their lofty place at the conference. You may get the chance to listen to a legend of the SEO world, or hear from a leading company within the field – more on that last point later.

I’ve given you my observations, but that wasn’t all that I took away from BrightonSEO. Here are my favourite moments from the conference.

How to produce creative campaigns worthy of BBC coverage by Marcelle Antunes. Call me a sucker, but hearing about how to get your campaigns covered by major publications really did give this writer goosebumps.

Alan Cairns, The shortcomings of data for content strategy. The brilliant Alan Cairns was unlike most of those his peers. Largely forgoing visual aids, the onus was placed on him and his insight.

This might have stumped other speakers. However, when you can offer instantly quotable comments like “people aren’t cheese: you can’t take a small slice of humanity and expect to sum it up in its entirety” – you’ve nothing to worry about.

This was fascinating. Instead of crafting a campaign that gives the consumer the full answer to their question, take your client’s product and establish how it answers the customer’s question. Then give them part of the answer for free. Once you’ve informed them that you can answer their question, make the complete answer the chargeable part of the service.

Gary Illyes: “every update Google makes is a Fred” – taken from Gary’s talk as the keynote speaker. There were many high points from Gary’s enthralling Q&A session, but this tickled me. 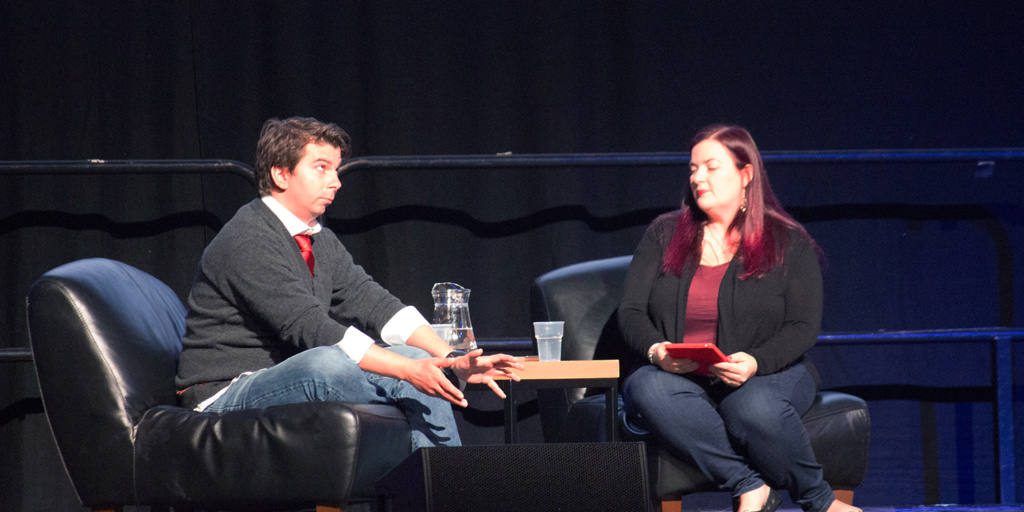 Yes, I know that since March there’s been quite the clucking about Gary informing Twitter that all Google updates are now to be known as ‘Fred’, but that didn’t mean I didn’t find it amusing to hear it out loud.

So, you can now head to your maiden BrightonSEO conference without feeling daunted. Instead, prepare yourself to come away fully versed in the language of SEO and armed with bag full of moments to treasure throughout your career.

Perhaps one day you’ll even be a big enough deal to create one of those moments for a first-time attendee.