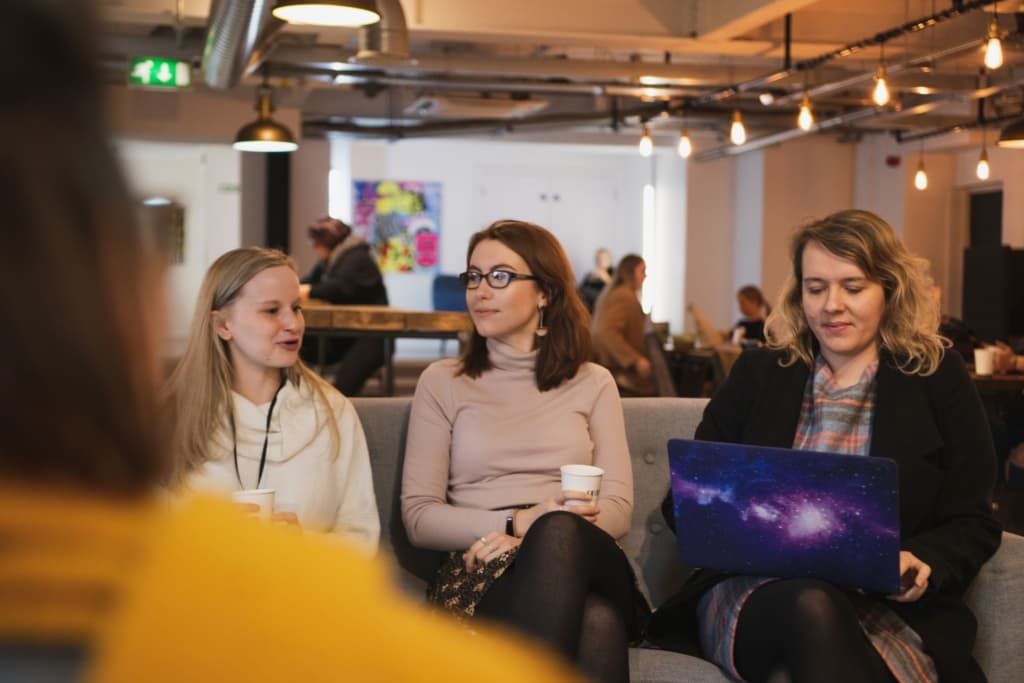 The roadblocks placed to halt the advancement of female entrepreneurs have never proven entirely effective. Courage and genius invariably spring through, and history is littered with examples of this. It must be noted, though, that some industries have done more than others to move past restrictive traditions. Does the tech world belong in that category? We think so.

At its core, technological development has always had the potential to be a shining example when it comes to inclusion. Handled well, it’s fundamentally driven by innovation and dedication (two things that go hand in hand), with the primary objective being conceptual progress—and progress feeds off diversity of experience and opinion. The more data and options, the better.

This isn’t to say that the tech industry has been a perfect home for women over the years, because it hasn’t. It’s been rife with attachments to outmoded ways of doing things, and no one can reasonably claim that all the problems have been solved. But the scores of women who’ve achieved remarkable things in tech prove what’s possible even with obstacles remaining. As things continue to improve, budding female entrepreneurs can learn from their efforts.

The inspiration for this piece came in the form of Seeker Digital’s appearance on Deloitte’s UK Technology Fast 50 list. The 2018 iteration had a theme of diversity and inclusion (which are two long-standing Seeker priorities), and a key part of the 2020 event went towards discussion of how a diverse and inclusive talent pool results in exceptional operational agility.

This firmly reminded us of our broader obligations to ensuring that our industry continues to move in the right direction. Our decision to celebrate female tech entrepreneurs here isn’t about tokenism or being reductive: it’s about acknowledging brilliant work in difficult circumstances and showing prospective entrepreneurs how much they can accomplish if they aim high.

Here we’ll be looking at various female tech entrepreneurs across distinct tech fields who’ve done (or are doing) great things (largely in the UK), explaining their successes and pointing you towards them so you can reach out to them if you’d like to petition their guidance. Let’s begin.

Co-founder and CEO of Tech Will Save Us

Koby grew up with a love of making things, which prompted her to study graphic design before entering the science world. After cultivating an interest in finding ways to get young people into technology, a chance discovery of a discarded laptop pushed her to create a business that would change how people viewed the gadgets they use. The result was Tech Will Save Us, a DIY gadget and digital tools store geared towards children that she co-founded in 2012.

Tech Will Save Us went on to sell 8000 units in its first year, and has since sold kits in over 100 countries through various major retailers. What makes this so laudable is that it pursues two worthy goals at the same time: encouraging kids to embrace their creativity, and showing them how they can solve complex problems through their own effort instead of pre-made products.

During the development of Tech Will Save Us, Koby has worked with some huge companies: Google, Mozilla, the BBC, and even Disney. Today, she’s one of the most influential women in UK tech (she’s American, but founded the company in London), and continues to find innovative ways to accelerate and improve tech education. 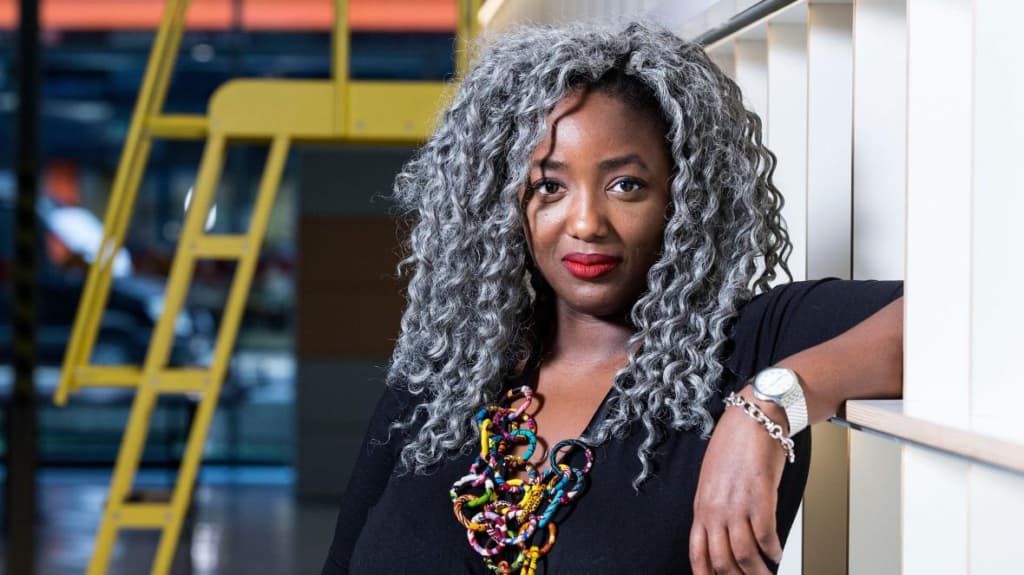 Co-founder and CEO of Stemettes

Following stints at household names including Goldman Sachs and Hewlett-Packard, Dr Imafidon co-founded Stemettes in 2013. The objective of the initiative was to promote the STEM industries to young women, and it has since extolled the virtues of STEM to neatly 40,000 girls throughout Europe. She hopes that one day it will no longer be needed.

In recognition of her accomplishments, Dr Imafadion was awarded an MBE in 2017 at just 27 years old (younger than any scientist given an MBE since 1890). She’s now a sought-after keynote speaker, and works hard to build opportunities for young women everywhere. 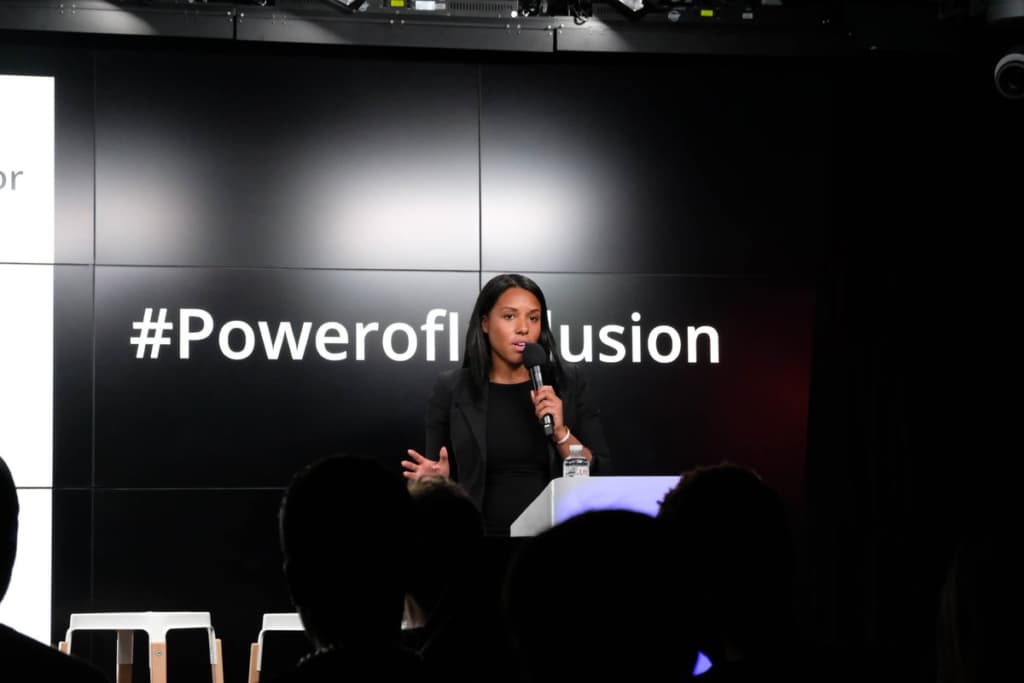 Co-founder and CEO of We Love Work

Paris Petgrave spent eight years working as a headhunter for huge clients including Walmart and Barclays, and this informed her interest in helping companies improve their cultures and find the right candidates to fit them. This is why she co-founded We Love Work in 2015: it’s an analytics platform that helps businesses audit themselves using a bot to see how they’re faring when it comes to employee satisfaction.

She also founded Rare Seed Capital, a fund investing in tech startups with big ambitions, and runs a startup accelerator that has mentored over 250 startups and financed various founding teams with up to £25k each. And when she isn’t working to help startups, she finds ways to advocate for women in the tech and entrepreneurial worlds.

During the summer, Petgrave spoke at length about why employees should be allowed to choose how they work during the COVID-19 pandemic (and beyond), fighting for better conditions for everyone. That’s a noble goal, and something we should all get behind. 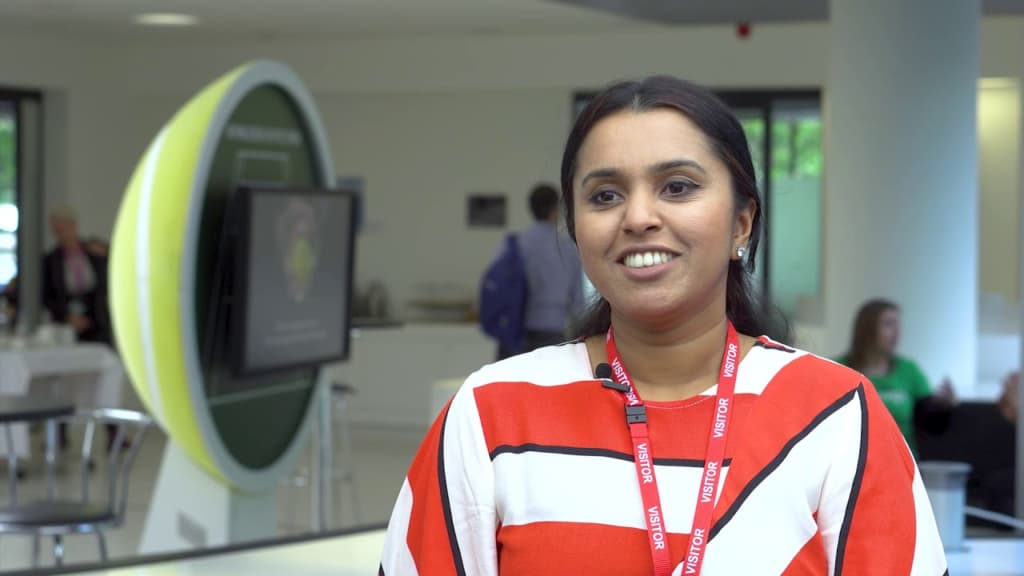 Founder of SHe CISO Exec

Since her late teens, Chani Simms has pursued her love of the IT world, first studying Computer Science before working in infrastructure and specifically cybersecurity. In 2015, she co-founded Meta Defence Labs, a London-based cybersecurity protection agency—and in 2018 she founded SHe CISO Exec. as a giveback project to the community.

The goal of the project was to combine her determination to advance cybersecurity with her eagerness to get more women into the industry, and it got underway with a pilot that consisted of a 5-day boot camp looking to award scholarships to those with potential and passion. Part of the design was—and is—to combine security understanding with ethical responsibility.

As technology advances in leaps and bounds, and AI becomes a greater problem, cybersecurity will be absolutely vital for minimizing the risks incurred. Through her two main projects, Simms is combating cybersecurity issues and coaching a new generation of cybersecurity experts, doing the entire world a significant favour. She’s also found the time to co-found an online mentoring platform called “InfoSec for Equality and Women” to help women get into IT. 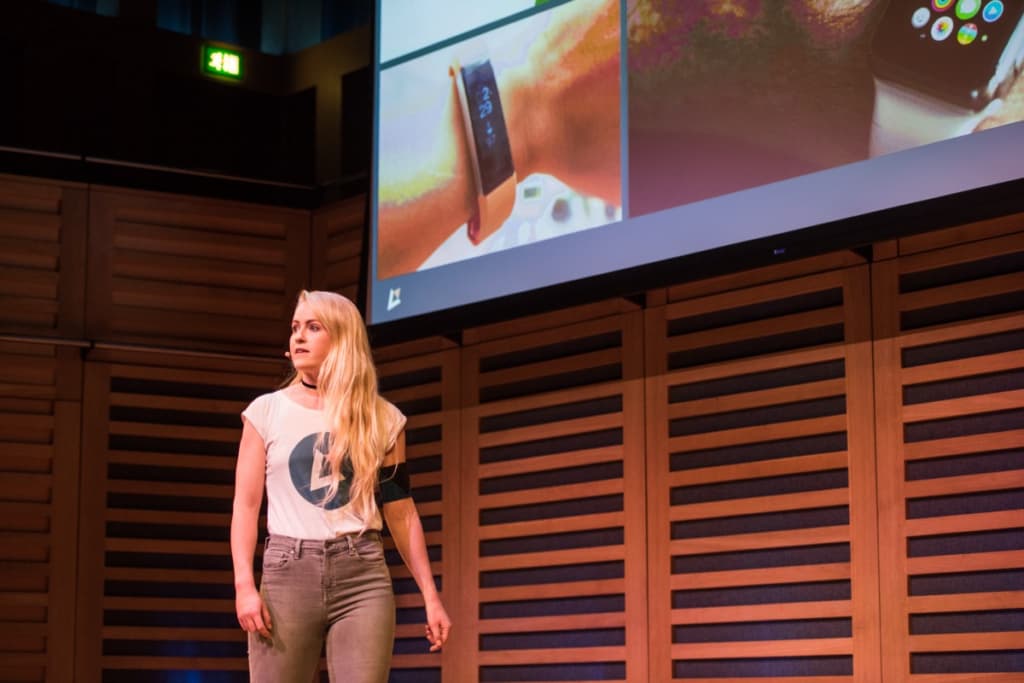 Co-founder and CEO of MyLevels

Having earned an MSc in Machine Learning from UCL and a Part Three Master’s degree in Maths from the University of Cambridge, Laura Douglas began a career as a Research Scientist, seeking advanced ways to model the process of medical diagnosis. After building Natural Language Processing tools for another startup, she co-founded myLevels in 2017.

The goal of myLevels is to help people figure out what they should be eating based on how their bodies are affected by different foods. Each user will be provided with a glucose sensor they can use alongside the myLevels app to chart how their sugar level changes with their food choices. As results are gathered, the app will recommend the most suitable meals.

The program has yet to roll out fully, having passed through the Beta stage but not yet launching the Alpha stage, but it clearly has a lot of potential at a time of so much misinformation about nutrition going around. In the coming years, we should pay close attention to what Douglas works on, and see how it impacts the health industry. 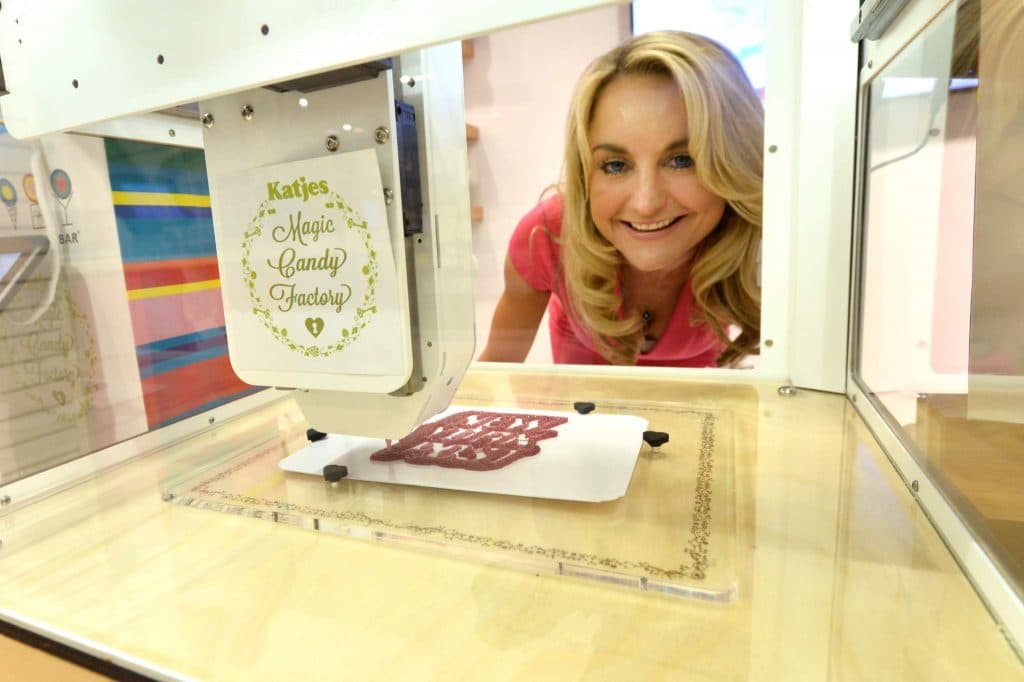 After founding a financial business at just 23, Melissa Snover realised that she needed to pursue her passions, so she founded the Goody Good Stuff brand with a focus on vegan and allergen-free sweets. While selling that business, she realised that the growing 3D printing market could be brought to bear in the confectionery world, and worked to devise and patent a printer that could create personalised products with ease.

After launching the Magic Candy Factory to produce the vegan gummy candies in personalised shapes, she pursued a move to the nutrition sector. Her goal was to add customizability to the world of nutrition products, as they’d previously been strongly generic despite the distinct needs of every individual. The end result was Nourished, a company that produces personalised vitamin gummies: buyers can get exactly the ingredients they want and none they don’t.

Snover is also working on Scripted, a medical dispensary for 3D-printing personalized medicine doses in much the same way as the confectionery is produced. Bringing technology to bear in the healthcare world is great for everyone, so we’re eager to see how else automated personalisation can help people get the treatment they need.

The future for female tech entrepreneurs

Recent years have seen scandals emerge concerning the treatment of women in the working world, but they’ve also seen growing commitments to corporate ethics—some of them cynical, admittedly, but many being embraced with genuine intentions. Progress isn’t as fast as it should be, and of course it shouldn’t be required in the first place, but it’s inarguable that things are moving in the right direction concerning workplace diversity and flexibility.

Each of the women we’ve profiled here has achieved great success in the tech world while pursuing goals worthy of support (ranging from education to healthcare), and any women looking for inspiration in tech would do well to learn from their accomplishments. Buoyed by such pioneers, the coming years could see parity in the tech world at last.