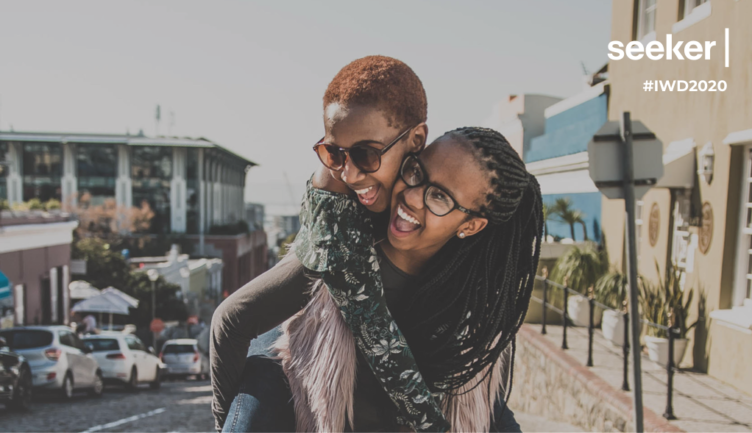 It’s hard to believe that in 2020 that we are still talking about achieving gender equality. What’s even harder to believe is that not one single country is on track to achieve gender equality by 2030, which is just one decade away!

When I think about the women’s rights movement, I think about the hundreds and thousands of women over the years who had the bravery to march, go on strike, starve and be imprisoned, just to stand up for their rights. I think about those women daily and about how disappointed they would be that we are not even close to achieving gender equality.

The theme of this year International Women’s Day is ‘Each For Equal’ with the aim to celebrate women’s achievement, raise awareness against bias and take action for equality. As a movement, we have been doing this for many years and we have seen some huge wins.

The recent conviction of prolific rapist Harvey Weinstein just shows how powerful our collective movement can be. But contrary to what many people might think, the #MeToo movement didn’t start with the Weinstein story. It started in 2006 with civil rights activist Tana Burke, who started to use the phrase on social media to raise awareness of sexual harassment and abuse in the workplace.

In 2017, the hashtag resurfaced and went viral as women began to use it to tweet about the Harvey Weinstein sexual abuse allegations, as well as sharing their own personal stories of abuse. This single hashtag grew into a global outcry for justice, which was achieved. However, the fight still continues.

The #MeToo movement didn’t just highlight sexual abuse and harassment in the workplace. It also highlighted many other barriers that women face, such as the gender pay gap, gender bias, and gender discrimination, all of which can happen in the workplace as well as in wider society.

To put this into context, here are some statistics:

These statistics are shocking and depressing but they can be combatted! As global citizens, we all have the responsibility to strive for equality. Gender equality cannot be achieved just by the efforts of women alone, we need men to be part of the conversation as well.

So what can be done? Firstly we need to make sure that we are creating inclusive workplaces, where women feel empowered to be themselves. Many women face imposter syndrome and can feel inadequate. The culture of competition and pitting women against each other needs to be left in 1970 and we need to create a workplace environment where everyone feels that they can achieve their very best.

With this comes businesses adopting progressive workplace policies on maternity/paternity leave, remote working, and compassionate leave. We know that women often take on most of the childcare responsibilities, and as such, employers need to recognise this to ensure that it isn’t a barrier for women’s career progression.

Every workplace must have a zero-tolerance policy on sexual harassment and abuse, as well as clear and robust reporting mechanisms. No woman should feel silenced or that she wouldn’t be taken seriously if she reported abuse.

Finally, we need to elevate and empower women. Women’s achievements can often be overlooked, and we need to make sure that we celebrate the amazing things that they do, encouraging them to aim higher.

As an industry, we could be better at this. Women in tech SEO, marketing and PR can feel invisible, particularly in such a male-dominated industry.

However, I’m pleased to see that this year’s BrightonSEO has a 50/50 gender split for the speakers. Indeed, two of Seeker’s own are speaking at April’s event, senior campaign manager Laura Slingo and SEO manager Faye Watt. This is incredible and is just one of the ways in which we can evaluate and empower women.

Celebrate women’s achievements, raise awareness of gender bias, and take action for equality — by following these three simple steps, we can and will win our fight for gender equality.

“We cannot all succeed when half of us are held back.” — Malala Yousafzai