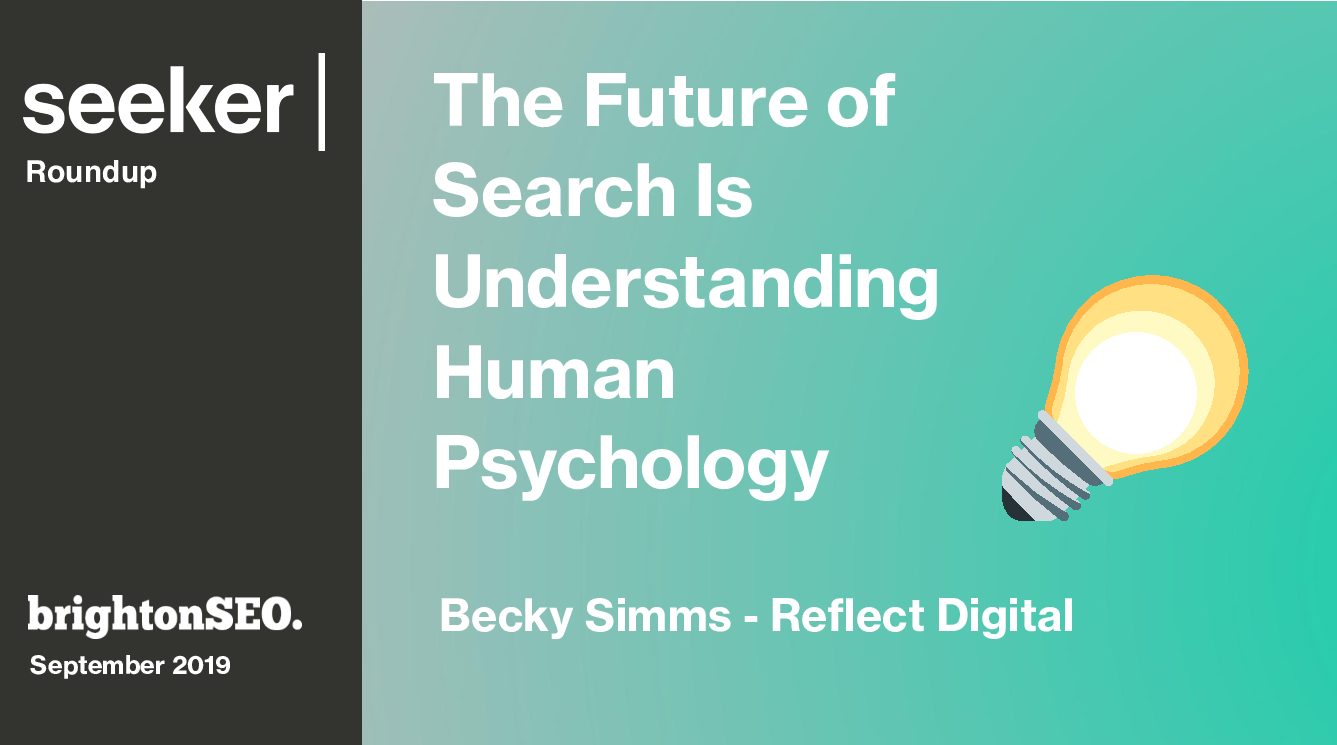 Examining search intent is one of our favourite parts of SEO. It’s all about getting inside the heads of your target audience so that you know more about what they want than they do. Becky Simms explained that SEOs need to spend more time getting their language right if they want to really understand customers.

Becky’s opening gambit was to question whether SEOs are too quick to let the numbers dictate their tactics. She asked the audience to consider how their customers really speak, with her argument being that they don’t respond as predictably to prices as we might expect.

She followed by pointing out that while Google mimics the way humans speak and think as closely as it can, there are leaks in its analysis – after all, it’s not human (yet… ) Becky used an example to demonstrate this. She explained that she was talking about two people, each was a:

Who are these two people? Skepta and Prince William. So, there’s a lot of nuance that Google simply cannot sift through.

One of the most fascinating passages in Becky’s talk concerned the Florida Effect and the value of targeted words.

The Florida Effect is an experiment where two groups of people were asked to arrange words into a sentence – one group had random words and the other had words that were associated with being old, such as “forgetful,” and “gray.” Once they’d finished arranging the words, the two groups were asked to walk down a hall to complete a form. The researchers found that the group with the old words walked more slowly than the one with random words.

Becky’s talked concluded by recommending one of our top tools from BrightonSEO September 2019, ratemycontent.co.uk. The tool shows you whether your content is speaking for yourself or your readers.

“What feelings does your product or service evoke? Can you use this?”