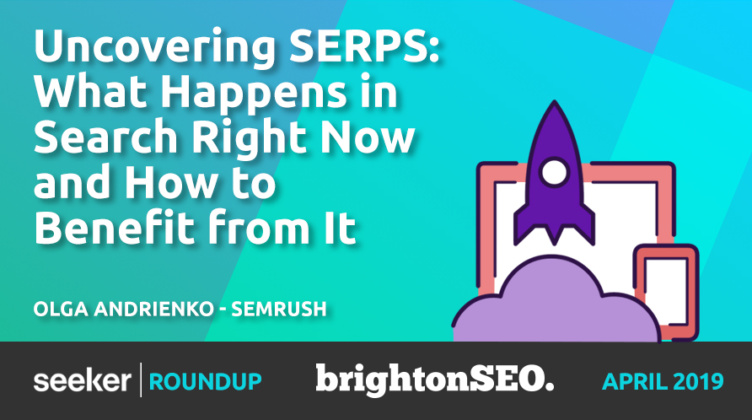 SEMrush is one of the leading SEO companies in the industry, and its team produces internal research that provides invaluable insight into what’s happening in the world of search. In this talk, Head of Global Marketing Olga Andrienko gave a granular data-led look at what’s happening in search and how you can get ahead with optimal efficiency.

Key to this talk was the People Also Ask (PAA) SERP feature, which can produce some surprising results and require SEOs to stay on top of things and closely monitor how and when their content is appearing in search. Include as many question words as you can to give yourself the best chance of appearing.

73% of PAA URLs don’t rank in organic results for a keyword that triggered it.

This requirement factors into an overall demand for flexibility. Andrienko note that SERP volatility is significantly higher than it used to be, with the driving element being the increased frequency of Google updates (the corollary of this being that any given update is less impactful). You can forget the idea of reviewing best practices two times each year: you need an eye on your analytics at all times, making steady alterations to avoid falling behind.

Over time, two elements of the Google algorithm continue to broaden: its automation, and its ability to handle nuance. The increased update consistency is fuelled by the former, with semantic search fuelled by the latter. SEOs planning to stay competitive need to start looking past the simplicity of ranking for set keywords and embrace the broader possibilities of search: using PAA results and featured snippets to appear at the most relevant times.