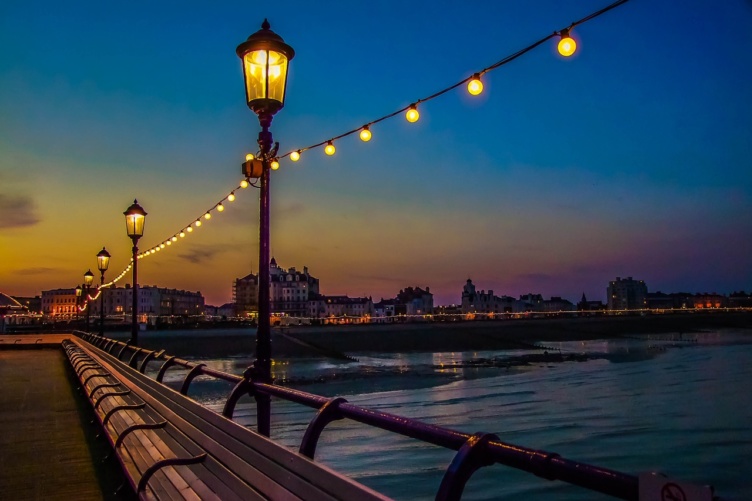 Attendees at this September’s BrightonSEO were surprised to find the venue a little different to April’s event.

As we entered the towering Brighton Centre, we were greeted with the iconic BrightonSEO camper van parked morosely outside, rather than in its usual privileged position in the auditorium.

In its place was a lifesize replica of a DeLorean DMC-12, complete with 80s baseball cap and a hoverboard (yes, I tried it and no, it doesn’t actually hover).

Made famous by the Back To The Future series (as if you didn’t know), the presence of the DeLorean was presumably a nod to the conference’s new tagline: understand algorithms, understand the future.

Except I don’t think it was just a passing reference. I actually think the DeLorean embodies the whole of BrightonSEO, indeed the future of search engine optimisation itself.

“I have to tell you about the future!”

As with so many lectures at BrightonSEO, the speakers (all erudite and skilled professionals) imparted lessons on what the future holds for SEOs and how to prepare for it.

My colleagues attended inspiring talks on how brands can get millenials’ attention on social media and how best to optimise for visual search, while I headed to the Customer Experience session to hear the lovely Aiden Carroll outline The Coloring In Department’s new marketing model, the Consumer Cross Stitch.

This model is a marriage of user experience and SEO, providing a uniquely human slant on what is often industry-centric. Aiden puts forward the idea of a customer empathy map consisting of four disparate elements: say and do, see, think and feel, and hear. This map works alongside your personas to give you a deeper insight into who your customers are on a micro level.

The customer empathy map is layered upon the buyer’s journey and the relevant keyword modifiers that each stage of the journey requires. For example, the first stage of my journey to find a new pair of running shoes would look like this:

By creating a holistic view of the customer’s journey that is guided by an emotional persona, brands can deliver search content that meets consumers’ needs in a world increasingly dominated by search.

But BrightonSEO didn’t just offer advanced marketing know-how. As someone still somewhat wet behind the ears in the industry (7 months and counting), it was refreshing to find some
speakers going back to the basics with their talks.

One such example of this was Avalaunch Media’s Matt Siltala, who reminded us of that most essential skill: creating good content. Matt began by providing a surgical analysis of the purrfect infographic, including how to cascade visual content across your various channels.

Matt went on to guide us through structuring the perfect editorial calendar. By identifying recurring topics (brand spotlights, Monday inspiration, seasonal events), marketers can populate calendars months in advance. It’s marketing 101, but it’s worth revisiting for any brand.

But what really struck a chord with me was Matt’s point that brands are now embracing human stories as a means of connecting with their customers. He points to Reebok’s Be More Human campaign as an example of brands placing humans front-and-centre in their campaigns rather than products.

Just as E.M. Forster implored us to “only connect” all those years ago, so too are brands using diversity and humanity to only connect with consumers. It’s often said in some quarters that brands are the new religion, and this interweaving of human stories with marketing, only serves to augment the idea.

“Since when can weathermen predict the weather, let alone the future?”

But let’s go back to the future quickly, shall we? No post-BrightonSEO blog would be complete with mentioning the keynote speaker, Rand Fishkin himself.

Rand gave us an insightful (and often concerning) glimpse into the future of SEO. As he puts it, we had a deal — and Google broke that deal. By using featured and rich snippets, Google is increasingly trying to keeps users on the SERPs rather than our websites – 34% of searches now result in no clicks at all.

As a result, brands are struggling to find the clicks that they need to find leads and prospects. Rand explained how, in just two years, organic and mobile CTR had dropped by 20%, with an increase of 20% in no click searches on mobile devices. It’s a dire outlook for brands.

But while Rand is a short-term pessimist, he’s a long-term optimist. He says there are things we can do to combat Google’s encroaching monopolisation of search.

For example, if Google has a bias towards its own platforms such as Images, News, Maps, YouTube, and so on, we should create great content for our brands on those platforms.

And when our keywords display aggregated answers, we should reach out to the publishers to get ourselves mentioned.

But what if our sites appear in featured snippets? We can’t fight that. But we can entice users to click by offering value on our sites.

And if other sites are ranking where you’re struggling to do so, use barnacle SEO to piggyback off their popularity.

But when you look at it, these aren’t new concepts.

Since time immemorial, digital marketers have worked hard to create great content. PR teams have always used outreach to get themselves mentioned. Brands are well versed in the need to get drive traffic by providing genuine value on their sites. And SEOs have been using barnacle search engine optimisation strategies to push their site up the SERPs since at least 2014, if not before.

So what does the DeLorean have to do with all of this?

To stay ahead of the game, we have to go back to the future (see what I did there?). We have to return to the same tools that we’ve been using since SEO began. While the landscape might have changed, the tools remain the same.